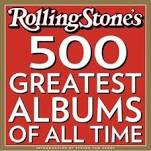 Derek & the Dominos – Layla and Other Assorted Love Songs

The release of 50th Anniversary editions of Layla and Other Assorted Love Songs on 4LP and 2CD sets via UMC/Polydor. In celebration of the 50th anniversary of the 1970 double album, the original has been given the ‘Half-Speed Mastered’ treatment by Miles Showell at Abbey Road Studios and is completed with a certificate of authentication.

4LP SET Layla is often regarded as Eric Clapton’s greatest musical achievement. The album is notably known for its title track, an evergreen rock classic, which had top ten single chart success in the UK and features the dual wailing guitars of Clapton and Duane Allman. Alongside this are a further 2LPs of bonus material some of which has not previously been released on vinyl. All the bonus material across all of LP3 and LP4 is mastered normally (so is not half-speed mastered). The LP set includes a 12×12 book of sleeve notes taken from the 40th-Anniversary Edition.

2CD SET This 2CD deluxe edition includes the original album Layla And Other Assorted Love Songs plus a further disc of bonus material. This deluxe set is an exact repress of the 40th Anniversary 2CD edition.